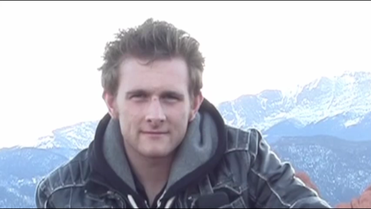 Logan Wilson is from Colorado Springs, he is 21 and travels and teaches the School of Honor across the country. He is also manager director at Chic-fil-A. He is the fifth of seven children and has had a passion to study biblical manhood and honor since he was a little boy. Growing up Logan was discipled  by his dad in  biblical manhood and responsibility, and mentored by his mom on the Names of God and how he reflects God’s character by being created in His image. He has a passion for sharing this message with young men and seeing a new generation rise to embrace honor in all aspects of life.  He has been featured with his family in national and international press, film and media as the Wilson's ministry, The Father Daughter Purity Ball, has given them the opportunity to present fatherhood, purity, and biblical manhood to the world.  Logan also travels and gives presentations on the biblical foundations of our country and the men in history who have impacted our nation for God. Logan is inspired by his dad and older brothers and considers them heroes in his life.

Logan began the School of Honor in his hometown of Colorado Springs and has now taken the school to Indiana, Oklahoma, Idaho, Oregon, Wray and Parker Colorado, Kansas, and North Carolina and has requests for Iowa, Florida and Tennessee. He continues to hold the School in his home in Colorado Springs. He has presented historical dramatic presentations for the Republican Party, Revive 1787, Family Research Council, and other conservative groups. He has also had the privilege of presenting at events with Dr. Ben Carson and Pastor Rafael Cruz.
To contact Logan, you can reach him at: 719-271-9660
Or you can email him at: logan.wilson47@gmail.com